We noticed that you're using an ad-blocker.

Spectator is a registered 501(c)3 nonprofit organization. We use advertising revenue to subsidize the cost of providing journalism to the campus, and to fund over fifty students who are on our work-study program.

Please consider helping us out by whitelisting our site in three easy steps.

If you're using AdBlock Plus:

If you're using UBlock Origin:

SUBMIT A TIP | SUBMIT AN OP-ED

Arts and Entertainment | Food and Drink 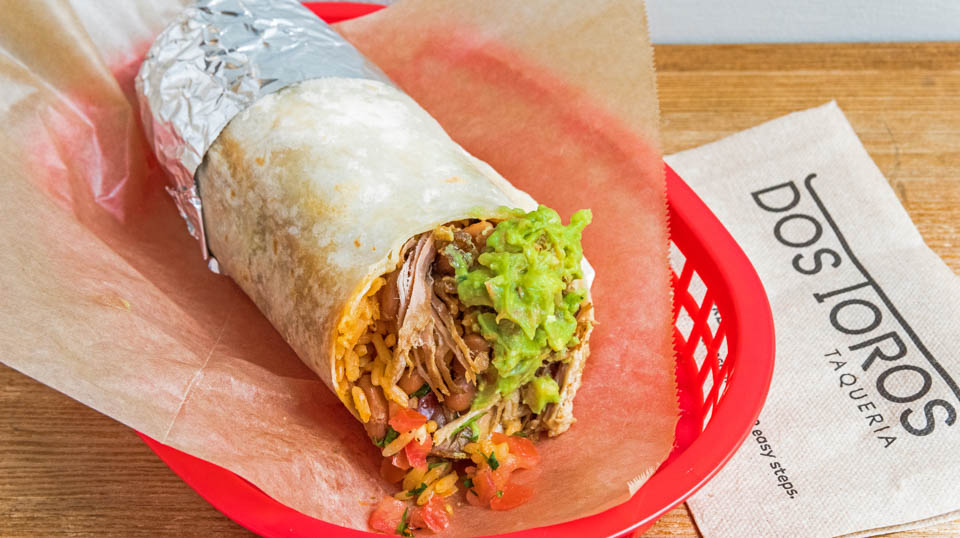 Dos Toros Taqueria opened its newest location at 2911 Broadway between 113th and 114th Streets on Wednesday.

Dos Toros Taqueria, a fast-casual chain known for San Francisco–inspired taqueria cuisine, opened its newest location at 2911 Broadway between 113th and 114th Streets on Wednesday. With 18 locations in New York, Dos Toros is well-known for its burritos and tacos prepared using sustainable ingredients and cooking methods.

Dos Toros began in 2009 at its Union Station location near New York University. Founders and brothers Leo and Oliver Kremer—who had no experience running a restaurant at the time—used their experiences growing up eating at taquerias in Berkeley, California to shape their menu and restaurant philosophy. Since then, Dos Toros has expanded throughout New York and into Chicago and anticipates opening up a location in New Jersey in the spring. In January of 2020, Dos Toros was acquired by Chopt Creative Salad Company, which has over 25 New York locations.

“We had no experience behind the service line, [but] we had a ton of experience as guests going to our local taqueria in the SF Bay area,” Leo Kremer said in an interview with Spectator. “Every decision we made is through the lens of ourselves as our own guests, what would we want to see here, what we want to taste, how do we want us to feel as the guest.”

The establishment joins a number of chain restaurants that have opened on the Upper West Side and in Morningside Heights, areas that have seen a notable increase in national retailers in recent years. Meanwhile, according to a report by the Morningside Heights Community Coalition, competition from these larger chains and rising rent prices have become obstacles for locally-owned businesses that struggle to attract enough customers to stay open. Near Columbia, a number of local eateries have shut their doors permanently, including Amir’s Grill, which closed in December 2018, and M2M, which closed in March 2018, due to factors like high rent prices.

However, Leo Kremer considers Dos Toros as less of a chain—like nearby Chipotle with over 2500 stores—and more as a group of restaurants whose management is very hands-on and thoughtful about each Dos Toros location and community. To develop this hands-on approach, Oliver Kremer rolls burritos at different Dos Toros locations four times a week, while Leo Kremer regularly helps out with catering projects.

For both chain restaurants and local eateries near Columbia, much of the operations’ revenue comes from foot-traffic from the nearby University’s community.

According to Director of Marketing Marcus Byrd, Dos Toros has been looking to open a location close to Columbia’s campus because fast-casual Mexican food “speaks to students.” Byrd noted that Mexican cuisine’s diverse ingredients, portability, and sense of community lend well to the busy lifestyle of college students.

“We really had a fresh approach, clean sheet of paper thinking when we designed the brand and the culinary offering, and our team and culture,” said Leo Kremer. “We really just tried to make it feel authentic to us.”

On Feb. 4, Dos Toros partnered with Columbia Dining for a “Meet and Eat” in which Dos Toros staff took over John Jay Dining Hall—the Kremers themselves worked behind the line to serve food to Columbia students. Michael DeMartino, known to Columbia students as “Chef Mike,” shadowed at a downtown Dos Toros location to see the cooking procedures before leading the Columbia kitchen alongside two experienced Dos Toros kitchen managers.

The opening of Dos Toros’ Columbia location, which was predicted to open up last fall, was delayed due to issues with energy company Con Edison. However, as Leo Kremer noted, “patience is a virtue” when trying to open up a location so close to a major university.

In addition to working with many organizations in New York and Chicago, Dos Toros also cares about sustainability, working to ensure that each location does as much as it can to protect the environment. From sourcing chicken, steak, and pork that is 100 percent naturally raised and antibiotic and hormone-free to composting all kitchen waste to using biodegradable and non-toxic cleaning chemicals from the company Eco Logic, Dos Toros aims to play a major role in leading sustainable food efforts.

According to Leo Kremer, Dos Toros’ non-food efforts also contribute to the guest experience. Leo Kremer, who was in the rock band Third Eye Blind, spent hours selecting the right songs for the eatery’s playlist. Additionally, since many Dos Toros staff members are artists themselves, Dos Toros has made music videos with the team members.

“Creativity is just such an important part of living a full life,” Kremer said. “We're just really cognizant of staying creative, whether it’s musical or otherwise.”

For the Columbia location’s opening day, Dos Toros offered $5 entrees and donated 20 percent of its proceeds to Getting Out and Staying Out, a Harlem-based organization that aims to reduce recidivism rates through education and employment opportunities. In the future, the Columbia branch looks to collaborate more with local businesses and become a staple of the community.

“We're all about partnering and setting down roots in the community, working with the school, student groups, businesses in the area. We really want this to become part of the fabric of the Columbia world,” Leo Kremer said.

ADVERTISEMENT
From The Blog

Newsletter
Sign Up For SpecNewsletters
Get the latest news and top stories delivered to your inbox.
Related Stories
ADVERTISEMENT